To fulfill almost every need of daily activities we have an all in one gadget; Smartphones. Our primitive mobile phones have all been replaced by these smartphones. Growing usage of smartphones has given the mobile apps an extreme importance in day to day life. Here, the need for innovative ideas, custom mobile app features, mobile app development trends to create an App which is efficient and unique comes in picture. A technically efficient app will make its headway in the market with ease.

Every New Year brings new ideas and trends with itself. In 2018, the Mobile App Development can be more effective, due to new emerging trends. According to statistics, the number of free Mobile App downloads from app stores; in 2012 were approximately 57.33 billion and 253.91 billion in the year 2017. Considering the need of the market, mobile app development must emerge with new trends. 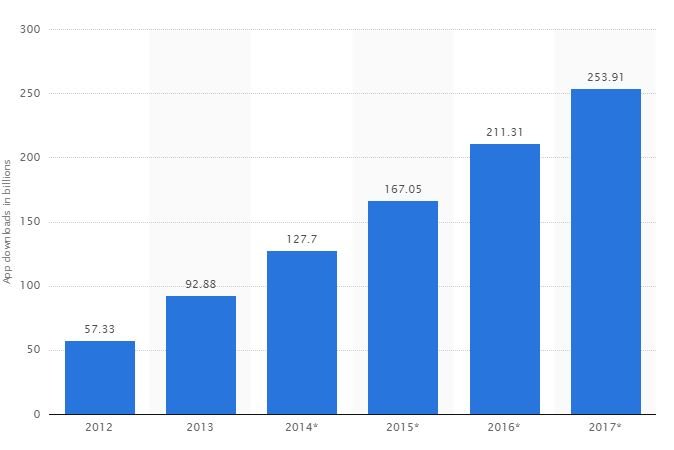 Here are seven mobile app trends 2017, which every Mobile App development must take into consideration.

Nothing new to say, as everyone is aware of the benefits of cloud technology. Building a Cloud based app will not only help large businesses, but also small groups of users.

This trend of Cloud Application Development seems to be continuing to grow in 2021. We can expect new powerful apps which directly run on the cloud and take minimal space in the phone storage. A proper functioning app needs a lot of space; Cloud is the answer to every app that has heavy graphics and functions.

Dropbox, OneDrive, and Google Drive are the existing, well going Cloud Based Applications. More over the well-known cloud based apps Twitter, Pinterest, Linkedin, and much more have their own place in social media.

The Shoppen App is a cloud based applications, developed by Excellent WebWorld, which brought an ease to online shopping. 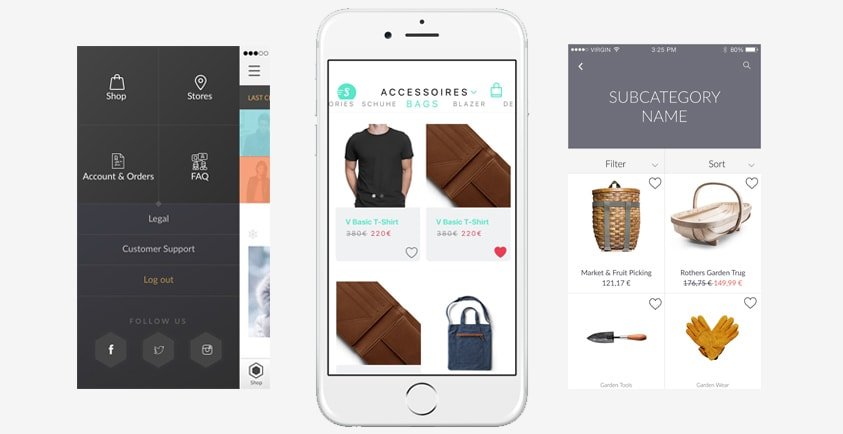 Keeping in mind, the usefulness of storage feature of Cloud, creating a Cloud Based Application will be a great choice.

The existing Wearables are limited, but each one is innovative and useful. Apple Watch and Google Glasses wearable technologies are the results of the great technological advancements in Wearable App Development.

Until now apps for wearable devices were mostly being used for the healthcare industry. But now, wearable devices are expected to be used by enterprises to improve productivity and efficiency. Cronica is one of the best news applications and the best example of wearable app, developed by Excellent WebWorld.

Wearables will surge in each industry if Mobile App Development takes it into consideration. To make your mobile app distinct, go different, think out of the box and create your own Wearable App. 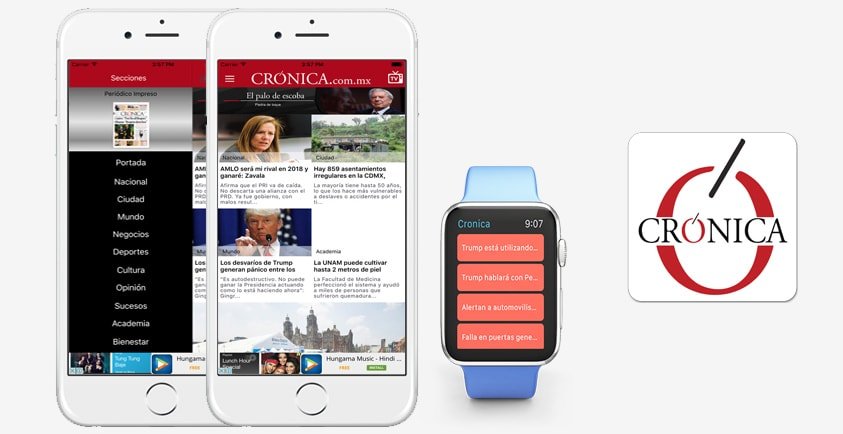 Android Instant App can be accessible to users, without having to download the whole app on their device. This somehow reduces developers’ headache of creating an app from scratch, as instant apps use the same API and the same project and source code, but just adds some functionality.

Android Instant apps are currently available only on Android 7.0 Nougat version but will soon be supported by all Android versions starting from 4.1. Officially Android 8.0 Oreo has been introduced to the world. Android 8.0 brings a ton of great mobile app features integrated with Instant Apps & Google Play. Considering the effortless development, building an Android Instant App will less of a headache for the developers and ease on the storage space for the user’s mobile devices. 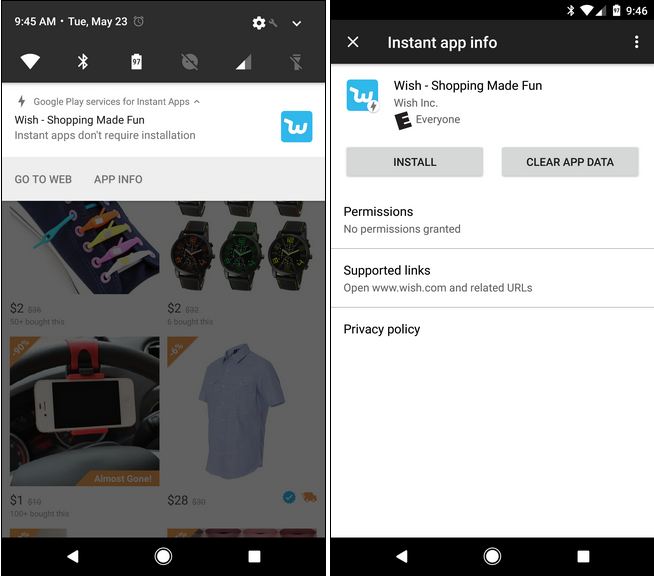 As the demand grows, app developers will need to extend their focus from smartphones to smart devices. Today, IoT is present in modern wearable technology, smart thermostats, smart bulbs, dimmable streetlights, etc. The importance of IoT in our daily life keeps rising at a faster pace.

The IoT Application development has grown exponentially with smart devices and wearable that keeps on adding to the list. In the coming years, it is expected to expand to its full potential. The world will come even closer as IoT app development takes the center stage. Creating an IoT app will help you stand in the crowd.

Remote POS a Point of sales system and a customer mobile app, for small business, is an example of IoT app created by Excellent WebWorld team, which provides IoT solutions and services. 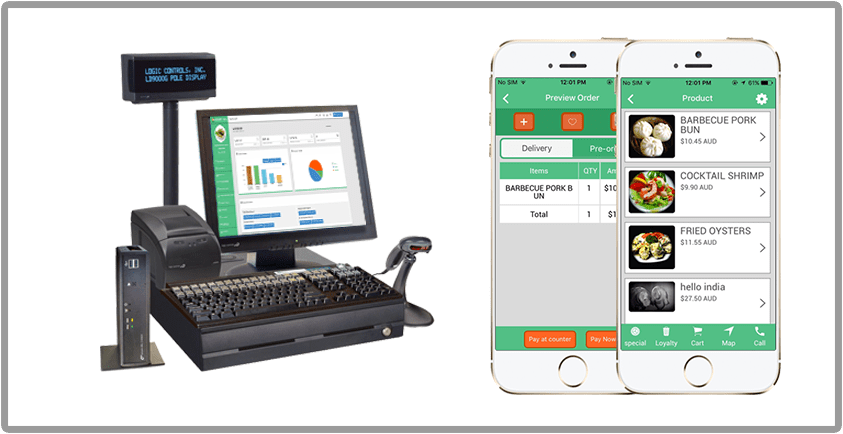 Mobile location services and Beacon technology are now starting to smudge the boundaries between online and offline advertising, especially in the retail sector.

An app made by Excellent WebWorld; Yaxha is an example of a location based app, which is integrated with GPS and Google maps.

iBeacon as a trending technology in location based app development, which is based on Bluetooth low energy proximity sensing, has a great future ahead in app world. Go ahead to build your app with a trending iBeacon technology. 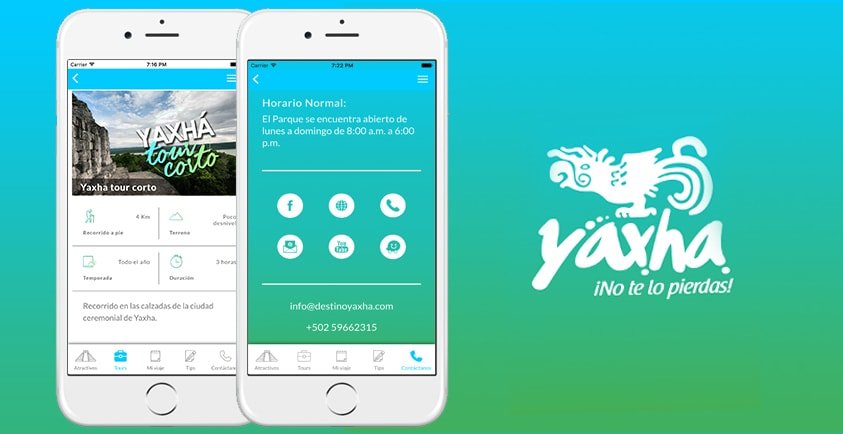 Developers will also have the opportunity to build m-Commerce Mobile apps which can provide additional functionality to the consumer. Flipkart, Amazon, and Myntra are serving as best mobile commerce apps with their unique mobile app features.

M-commerce payment facility along with wearable devices is likely to skyrocket in 2017. A research on M-commerce forecast states that it will be double by 2021. 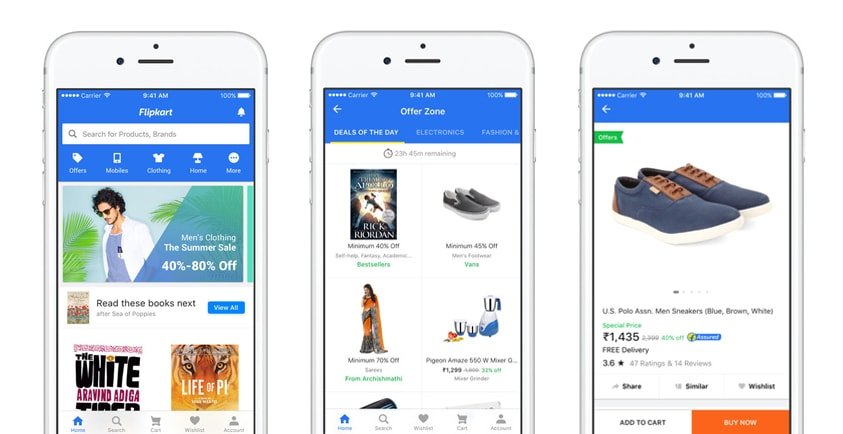 In 2016, AR got new dimensions by introducing new gaming apps like such as SkySiege, iOnRoad, and Pokemon. In 2017 also, AR has more chances of getting high in the technology field. As per Digi-Capital forecast of AR and VR revenue, by 2021 it will reach up to the max. 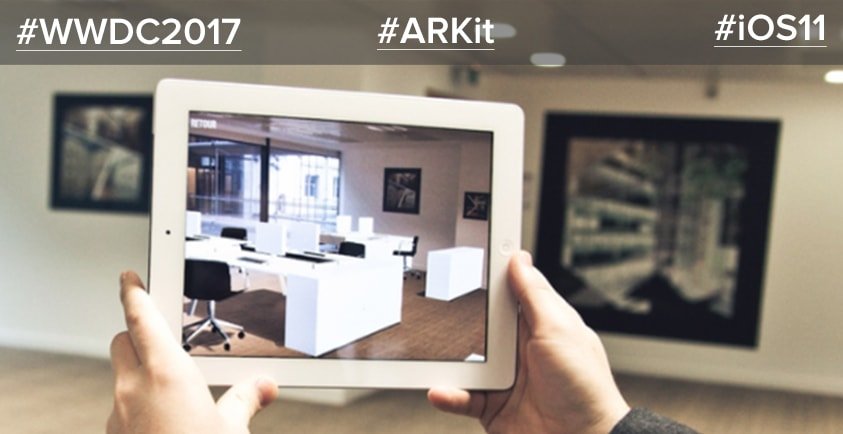 Choose an Ideal Solution to Create a High-Quality Mobile App

Excellent WebWorld being one of the Best Mobile App Development Companies provides solutions with latest and trending technologies. It builds complex mobile apps for any industry. The company has an excellent team of front-end web developers and mobile app developers. It works on iPhone, iPad, Android and Windows app development technologies.

Ready to Build your own App using latest technologies? Or Do you like our work? Want to Get in Touch? Use the form below!

Cost of developing a mobile app
A comprehensive guide on the cost of mobile app development. Whether you want to build a hybrid app or native app, this guide will help you know the exact cost.
Download
Related Blogs
Home » Apps & Software » 7 Trending Mobile Apps Features To Transform 2021