Now You Can Build Your Own Alexa Gadget

Alexa has introduced a new category called Alexa Gadget which includes connected products and developer tools for the enhancement of voice interaction with compatible devices. New Alexa gadget SDK and Gadget Skill API will be empowering Alexa gadgets and these can be used to develop products that can transform a compatible echo device into a hub.

For building an Alexa gadget that can react to the notification sent to the echo device.

How Alexa Gadgets SDK Is Being Used

Gemmy Industries have used an early preview of Alexa Gadgets SDK for making a new version of its iconic Big Mouth Billy Bass that moves lip syncs in reply to Amazon Music played by Alexa. Now the customers can have everything they like from original Big Mouth Billy Bass along with the new facility of delightful responding with Alexa actions. 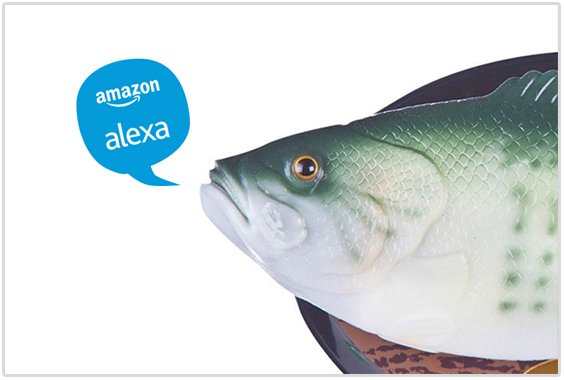 How Gadgets Skill API Is Being Utilized


Alexa Gadgets SDK and Gadgets Skill API will be soon available for the developers who desire to build their own Alexa Gadgets or create skills for Echo Buttons.

Want to try and see how much is Alexa voice service has the capability as per your business requirements? Then you can contact us to build your own Alexa Gadget, Integrate Alexa skills into your gadgets or develop new Alexa Skills.

Cost of developing a mobile app
A comprehensive guide on the cost of mobile app development. Whether you want to build a hybrid app or native app, this guide will help you know the exact cost.
Download
Related Blogs
Home » Trending Technology » Now You Can Build Your Own Alexa Gadget