How To Build A Hybrid Mobile App And Why?

If you give a native and a hybrid app to a normal app user and ask him/her to decide which is which just on the basis of user experience, They won’t be able to tell the difference. Let this statement be an unofficial disclaimer that hybrid apps are no less in any way to native apps. They just like any other native app of Android, iOS or Windows platform. You can build a Hybrid Mobile App for games, social media, health and fitness, M-Commerce, dating, ride sharing, finance, insurance claims, email, music and much more. 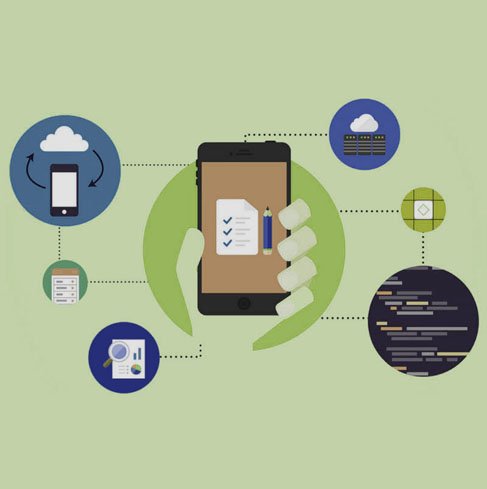 What are Hybrid Mobile Apps?

Hybrid apps in simple terms are web apps packaged into a native wrapper. To the normal users they look and feel just like a native app, but they are very different to native apps. Native apps are built using languages like Java (for Android), Objective-C and Swift (for iOS), whereas to build a Hybrid Mobile App you would need to know HTML5 and JavaScript which are the same languages to be learned for website development.

Then again there are hybrid apps and web apps, hybrid apps are more like a mix of web technologies and native app development. Hybrid apps are hosted inside the native application that uses the mobile’s Web View. Also due to its traits of native app development, such apps can access the device’s capabilities like camera, contacts, and device sensors like accelerometer, proximity sensors, etc. These features are restricted for web apps but not for Hybrid mobile apps.

Just like Shakespeare once said, “A rose by any other name would smell as sweet.” A Hybrid app if built correctly should look and behave just like the native counterpart of it. But if you are still not convinced, let’s make a comparison between Hybrid and native and decide whether it’s better to build HTML5 mobile app instead of native.

Why should you build a Hybrid Mobile App?

If your target is to reach a larger audience base but you don’t have the resources to pull it off, building a Hybrid Mobile App is the most feasible option you have. However, Android is inconsistent between OS but this doesn’t mean that you shouldn’t go for hybrid app development, instead hire a good hybrid app developer.

If you don’t want to hire multiple teams for different platforms app development then building HTML5 mobile app is what you should be thinking. Why hire a developer for each platform when you can hire one for all and almost every developer knows the languages used to build a Hybrid mobile app giving you a very broad spectrum of developers to choose from.

If your developers don’t want to be limited to proprietary platforms (including programming languages and SDKs provided by platform vendors) for their app development skills then Hybrid should be your choice of platform.

If you want more than a web app, Hybrid is the right call for you. Many mobile device abilities are restricted to web apps and web browser. If you wish to access and make the most of these abilities then build a Hybrid mobile app for yourself.

Much advancement has happened in mobile app development since its inception. In recent years hybrid app development has peaked in this matter. We earlier discussed the differences between Hybrid and Native app development platforms. Now let’s have a more detailed look at the benefits to build a Hybrid mobile app.

With Hybrid app development, you are able to combine different resources, techniques, and factors of development to inclusively work on an all-encompassing codebase that invariably works on different platforms. This creates an overlay enabling a range of task supports and services to the users.

It is easy to scale a hybrid app as it is built to work with different platforms and operating systems. Hybrid apps are very flexible in nature and open to third-party plug-ins giving you a fair chance to adapt to contemporary market trends and propositions.

Due to “one code for all platforms” facility, the cost to build a Hybrid mobile app reduces significantly. This saves you a fortune in development cost. Also, the maintenance of hybrid apps is very easy. Because it is a single application running on different platforms you just need to keep track of the single app. Unlike Native apps (where you need to maintain each app for respective platforms) any updates and maintenance done to the single app are implemented across all platforms.

The primary reason to build a Hybrid mobile app is the access to multiple App stores (Google Play Store for Android, on App Store for iPhone or iOS, etc). This gives you a broad spectrum of the customer base, which increases business drastically.

React Native is the offspring of a Facebook-organized hackathon competition. It was built with the goal to improve the app experience for Facebook’s hybrid app. The programming language used to build hybrid mobile apps in React Native is JavaScript (Known to almost all developers). The working is similar to React platform, composing a rich UI from declarative coding components.

Using React Native app development services, you can have a hybrid mobile app that is completely indistinguishable from a native one built using Java or Objective-C. The basic working of React Native is similar to other Native platforms i.e. putting together building blocks using React and JavaScript.

Ionic Framework is a complete open-source SDK to build a Hybrid mobile app. The web technologies used in the Ionic framework are HTML5, CSS, and Sass. This framework is absolutely free and open source. It is licensed under MIT, hence it will always remain free to use due to the massive community support it gets. With an array of more than 120 native device features enabled like Bluetooth, Finger Print Authorization, Camera, Geo-Location, and more, Ionic has proven to be a multi-faceted platform to build a Hybrid mobile app.

PhoneGap framework is currently the most famous hybrid framework used for cross-platform app development. Just like Ionic, PhoneGap is also created by the same team that built Apache Cordova. The programming languages used to build a Hybrid mobile app in PhoneGap Development are HTML, CSS, and JavaScript. In the PhoneGap framework, HTML5 and CSS3 are used for rendering the app while JavaScript is for developing the logic of the hybrid app. HTML5 grants access to the hardware of the device like a Camera, GPS, and Accelerometer, microphone, compass, and many more.

Xamarin Framework is owned by Microsoft. Xamarin has a hybrid implementation of Common Language Infrastructure (CLI) and Common Language Specifications (also known as Microsoft .NET). Xamarin uses C# to build a Hybrid mobile app that works for iOS, Android, and Windows app platform. C# being the native language of Windows phone OS becomes a native app for the same. Xamarin framework is known for saving development time by re-utilizing a significant part of the codes for hybrid apps.

Some of the most famous Apps built using a Hybrid platform: