Top Examples Of Online Business Who Achieved Success Through Digitization

COVID-19 pandemic has made more and more businesses to go for digitization. Looking at the current scenario, this is the only way to stop the downfall of a business. Digital solutions like online delivery, contactless payments, private cabs for travel, and more have become the primary choice for the customers to manage their daily tasks. This shows why digitization has become a primary choice for most of the traditional business.

People are moving towards the online purchase of any services as it saves their time. Not only due to this coronavirus pandemic but to let your business survive in the future, digitization is important.

So, do you agree that it is time to make your business digitize? To give you a more clear thought for the same, here are a few statistics on online business. 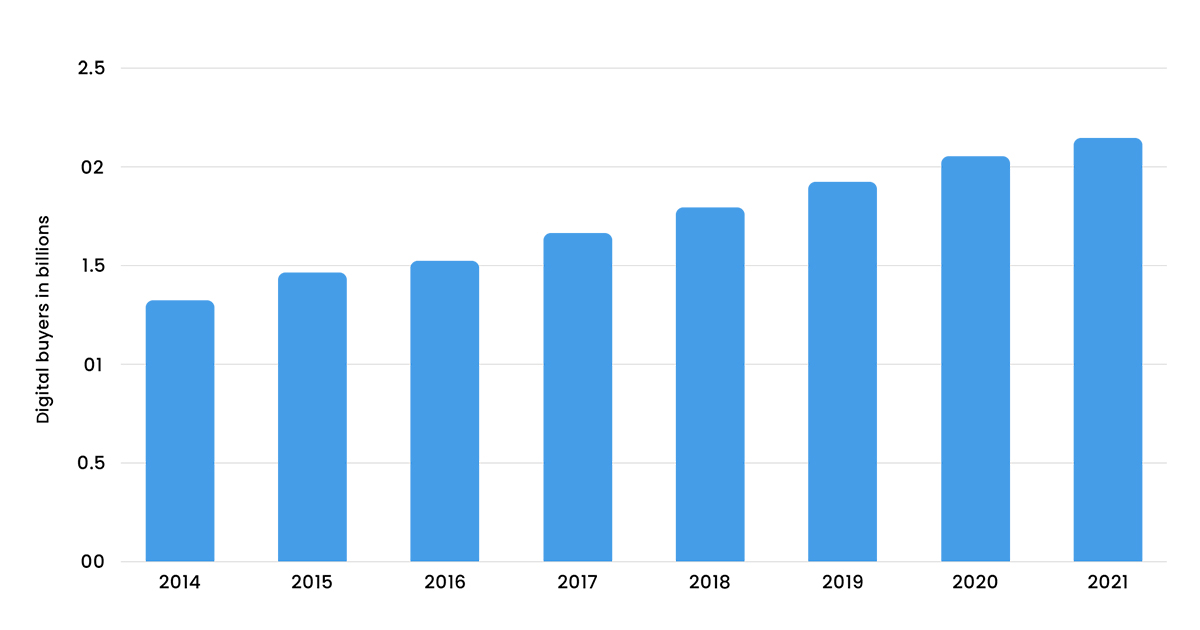 Worried about how does online business works or whether to go for it or not? To motivate and inspire you, here we’ve listed a few online businesses which came out to be the most successful ones.

Best Examples of Successful Online Business Based on Industry

It is a US-based pharmaceutical app that offers detailed information on diagnosis, diseases, and drugs. Epocrates come with amazing features which include pill identifiers and even the drug calculation as per the dosage. It was founded in 1998 and has its headquarters in Watertown, Massachusetts.

It is a tech health app that was built by the founders of Epocrates. The platform is composed of doctors as a networking platform. The doctors can share the messages related to the cases which fit the HIPAA requirements. Doximity was launched in 2011 and has its headquarters in San Francisco, California.

Practo is a patient-focused app with over 100,000 doctors. The main user base for this app comes from India and Singapore. The service here is for doctors as well as patients. They have a seamless booking appointment feature for the patient. It was launched in 2007 and has proved to be one of the best healthcare startups.

Uber brought a huge revolution in the transport industry. It was launched in 2009 and by now serves in more than 63 countries and 785 metropolitan cities. Uber completely changed the way people book their taxi and travel to different places. The main reason for their success is the Uber business model and the appealing features they have.

It is one of the best ride-hailing startups in the United States which serves in approximately 60 cities. They have a stunning interface that lets riders track the ride and even check the details of the driver. Lyft’s business model is quite different than that of Uber. It comes with three different services for the users – Lyft, Lyft Plus, and Lyft Line.

It is one of the most unique car rentals services in the online transportation industry. Turo is also known as the “Airbnb for cars”. It allows the car owners to rent their car via listing it on the Turo platform. Turo was launched in 2010 and has its headquarters in San Francisco. This unique idea of renting a car has achieved a huge success and people are so comfortable with Turo.

In the online entertainment industry, it is one of the largest video streaming apps with the highest downloads across the world. The services offered by Netflix are documentaries, popular movies, web series, and much more. The subscriptions over here are based on the quality of the video you select. It was founded in 1997 and has the headquarters in Los Gatos, California.

We all are aware of the popularity of the Angry Birds – the biggest successful startup in the gaming industry. It was launched in 2009 and has more than 50 million downloads in the app stores. The idea of this game came from a simple screenshot of an unhappy bird character. Each day the game has been played for approximately 200 million minutes.

The on-demand grocery delivery app like Instacart is booming with its success. People are getting more comfortable with apps like Instacart to carry out their routine grocery shopping. It was launched in 2009 and has its headquarters in San Francisco, US. Instacart offers its services in more than 5500 cities of US states.

UberEats has spread its wings in more than 1000 cities worldwide. It allows the users to order food from their favorite restaurant and get it delivered to their doorsteps. It was founded in 2014 and has its headquarters in San Francisco, US. UberEats come with appealing features like estimated arrival time for the food delivery.

A grocery delivery app that operates in the whole US. More than 50,000 shoppers are registered with the Shipt. It was founded in 2014 and has its headquarters in Birmingham, Alabama. The biggest of this online business is “What’s on Sale” wherein they present 100 sales items every week.

Khan Academy is a non-profit education platform that offers more than 10,000 courses. It deals more with the academic courses like math, history, economics, science, and more. All the courses at Khan Academy are completely free. A version is especially available for the younger kids which is highly recommendable.

One of the most successful online learning platforms, Udemy is specially built for professional adults and students. Here, students and instructors come from approximately 191 countries of the world. It has more than 150,000 courses available on their platform. Udemy was launched in 2010 and by now, it has 57000 instructors who teach in 65 different languages.

edX is a MOOC (Massive Open Online Course) provider that hosts a wide range of university-level courses. It is a non-profit education platform that was created in 2012. It is completely free and anyone who is in search of a platform for higher education then must go for this one.

Airbnb is one of the most successful startups in the travel industry. It has completely revolutionized the way people travel. Airbnb gave a whole new level of experience to the voyagers by making them stay at the locals. It is a vacation rental platform wherein the travelers can book their stays at locals of the place rather than a hotel. It was launched in 2008 and has its headquarters in San Francisco.

A vacation rental marketplace with more than 2,000,000 rentals around the globe. It was launched in 2005 and has headquarters in Austin, Texas, United States. It is one of the best vacation rental apps that people are comfortable with. There are a few similarities between Airbnb and HomeAway platforms.

The Skyscanner comes with innumerable options for booking a flight for the trip. The app lets you search from the thousands of flights available from more than 1200 resources. You can get good deals on the flight when booked from Skyscanner. It was launched in 2002 with its headquarters in Edinburgh, Scotland, UK.

Paypal is one of the best online payment systems which is widely accepted by people worldwide. It works with almost every bank in the country. The main reason for its popularity is the less transaction fee they take. It was launched in 1999 and now, it operates as a payment processor for online auctions, vendors, and many more such commercial platforms.

Revolut helps you to manage your money wisely. You can easily make the payments with this application. The app supports more than 150 currencies across the globe. Revolut even helps you to buy, sell, and hold the cryptocurrency. It was launched in 2015 and has the headquarters in London, England, UK.

eBay is the first and multinational retail company across the globe. The app contains a list of huge numbers of products that they deliver worldwide. You can get the latest auction updates with the help of the eBay alerts. It was launched in 1995 and has its headquarters in San Jose, California, the U.S. It is one of the first and most successful eCommerce startups.

We all are aware of Amazon’s success. It is the leading online marketplace worldwide that provides users the best in class shopping experience. Amazon comes with an easy checkout and payment option which enhances the user experience. It was founded in 1994 and has its headquarters in Bellevue, Washington, United States.

One of the biggest retailers worldwide with the highest downloaded retail apps. The Walmart app is a complete ocean of innovative features which enhances their user experience. It was basically launched in 1962 which later in 1970 came to be known as Walmart.

Android Auto is one of the best automobile apps that gives rapid access to google maps, music apps, messaging, and much more. You can use this app on your device and some of the cars even come with the Android Auto built-in. Android Auto was launched in 2015 which is capable of running in Android 5.0+.

This app gives you a complete overview of any cars. It is the most trustable car app by the users who are in a plan to buy a car. In addition to that, cars.com will even help you to calculate the value and loan payments you will have. The app was launched in 1998 and has its headquarters in Chicago, Illinois.

CarMax is one of the biggest used-car retailers in America. Through this app, you will be able to estimate the payment and even view the vehicle history of the car you’re interested in. CarMax is the best platform to buy second-hand cars. It was launched in 1996 and has its headquarters in Richmond, Virginia, U.S.

Are You Ready To Digitize Your Business?

So, these were a few most successful and inspiring startups across the globe. Just like them, you can have your startup successful if built in the right and strategized way. The world is moving towards digitization and now it has become essential to move the business online.

Henceforth, if you are worried about how to digitize your business, let’s talk and build your online business. We have got an expert team that will help you to get the best solution for your business.