There was a time when PhoneGap was a widely used technology to build cross-platform apps. Was? Yes, you read it right!

PhoneGap and PhoneGap Build are shutting their doors by October 1, 2020. With that, Adobe is shuttering its investment in the Apache Cordova. We can say that it is the end of an era [Phonegap] in hybrid app development.

To continue the smooth working of hybrid app development, PhoneGap decided to take the steps back. In terms of that, let us have a look at the journey of PhoneGap.

Glimpse on Journey of PhoneGap

PhoneGap came into existence from 2009. The main goal of the PhoneGap team was to enable web developers to use their skills to build a mobile app. However, convincing the mobile market was never an easy task. The team has faced a strong backlash, especially from the native world.

Over time, PhoneGap came out with the flying colours. Web developers kept honing their skills to build extraordinary mobile apps. And, the PhoneGap community kept supporting the web developers by easing their work in every possible way.

Then, What Is an Alternative for PhoneGap Users?

Thanks to the technologies like Ionic, React Native, Flutter, and more, who is now holding their space in the hybrid app development. PhoneGap users can seamlessly convert their platforms with these technologies.

Whether it is Ionic, React Native or Flutter, all of them are emerging technologies which work perfectly well as an alternative to the PhoneGap. All you need to do here is hire a software development company based on your preferred technologies for the transition.

The below-given table will give you a perfect idea on which PhoneGap alternative you should opt for! 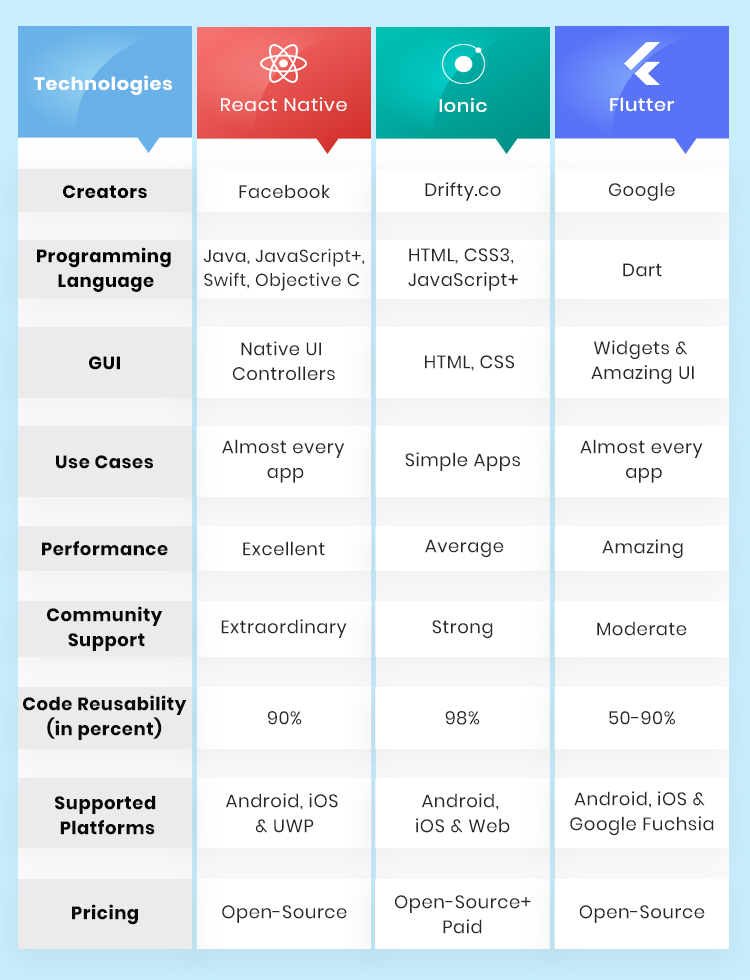 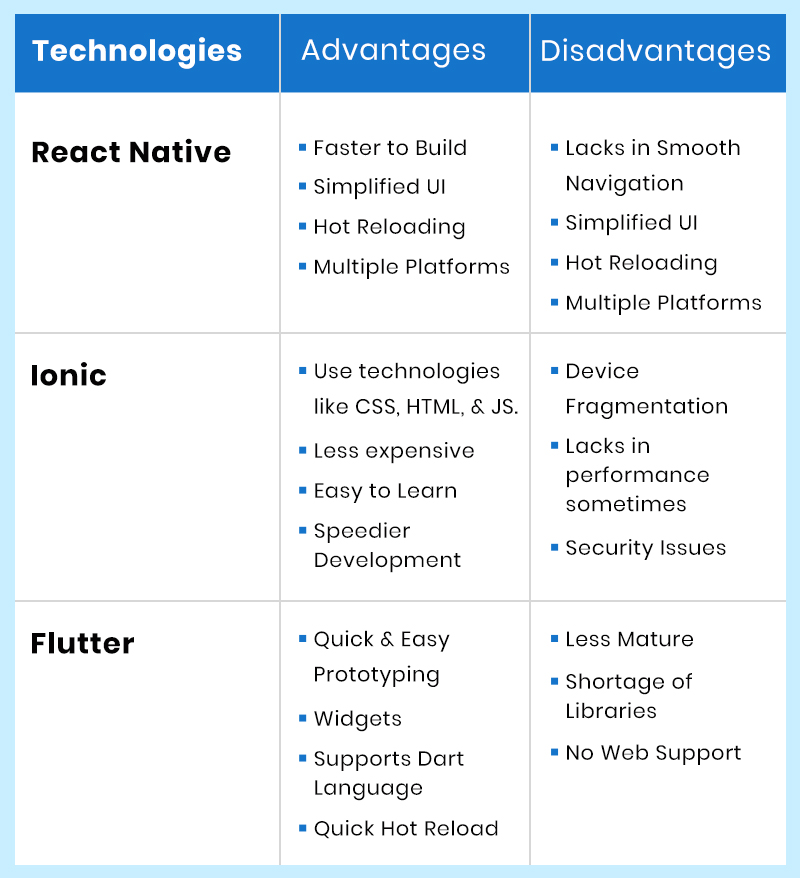 Our Thoughts on PhoneGap Alternatives

As per our research and analysis, we would suggest you go for React Native to convert your PhoneGap platform. React Native is highly suitable for hybrid apps and even ensures good performance. Additionally, the technology comes with a huge community, so in case of any queries, you can easily get the solution.

Altogether, when you convert PhoneGap to React Native, it will give better support and performance to your platform.

Excellent Webworld is here to help you in the transition of your platform in any preferable technologies as per your requirements. We have an expert team who are highly capable of dealing with popular PhoneGap alternatives like Ionic, Flutter and React Native.

Queries? Need more information? Get in touch with us! Our team is all set for a painless transition of your platform.

Can I Continue Using Phonegap?

Well, yes you can continue using the PhoneGap. But, as a matter of fact, with the new versions of the Android and iOS, the PhoneGap tools will become incompatible as there will be no further update made in PhoneGap. And, the hosted services will be removed from October 1, 2020.

Will My Files Be Stored on PhoneGap After October 1, 2020?

No, all files will be deleted after the shutdown date. Henceforth, you must retrieve all your data by September 30, 2020. Here, you can hire a software development company who can help you in transforming your PhoneGap platform to other technology based on your needs.

How to Convert PhoneGap to React Native?

How to Convert PhoneGap to Ionic?

To migrate your PhoneGap app to Ionic, you just need to take a handful of steps. And, to successfully complete these steps, you need to hire Ionic app development company. Instead of going for a freelancing thing, we would recommend you to hire a software development company, as it comes with perfection.

How to Convert PhoneGap to Flutter?

With the help of a flutter app development company, you can easily convert your PhoneGap app to flutter. Make sure that the company you hire takes care of app responsiveness and performance.

Cost of developing a mobile app
A comprehensive guide on the cost of mobile app development. Whether you want to build a hybrid app or native app, this guide will help you know the exact cost.
Download
Related Blogs
Home » News » Phonegap is Now Dead – Let’s Move Towards PhoneGap Alternatives